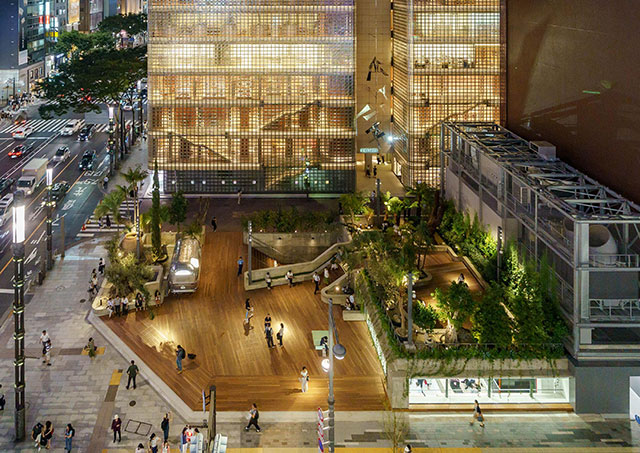 Inheriting the concept of "a facility that is open to the city" from the original Sony Building, Ginza Sony Park was opened for a limited period of time before the building was rebuilt, and is an "ever-changing, experimental park" in the city. It is also a "vertical park" with an underground atrium. A variety of events, live performances and other programs to surprise and entertain throughout the year, the park has been visited by more than 6.07 million visitors so far since its opening on August 9, 2018 (as of the end of March 2020).
The park will be open until the end of September 2021. After that, reconstruction work will be carried out, and by 2025, Ginza Sony Park will be completed in its final form. 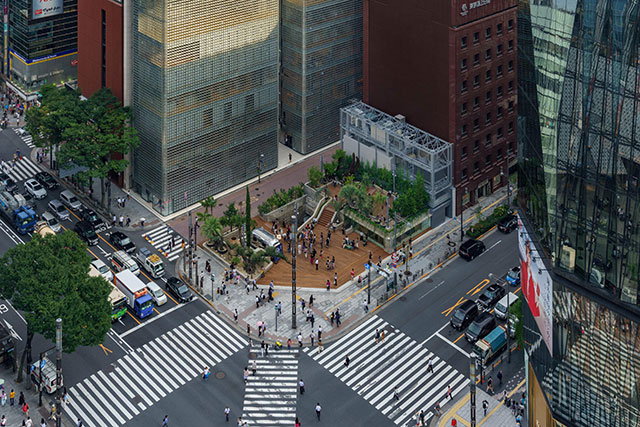 Precautions may be taken to prevent the spread of corona infection.
Please contact the gallery for more information.