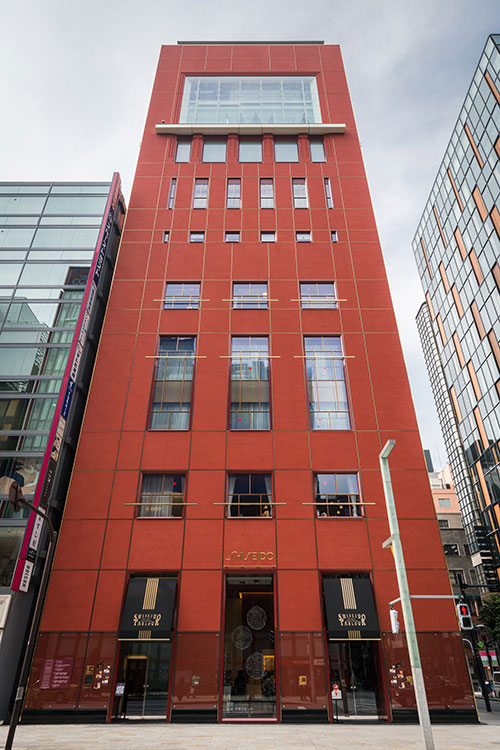 The Shiseido Gallery, which opened its doors in 1919, is said to be the oldest art gallery still operating in Japan. In the years since, it has pursued its non-profit activities nearly continuously, closing only occasionally due to earthquakes, war, reconstructions, and other vicissitudes, always dedicated to the ideal of "discovering and creating new value." To date, the Shiseido Gallery has hosted over 3,100 exhibitions, many of which served as the public debut for burgeoning artists who would later make major contributions to the course of Japanese art.
In the 1990s the Gallery shifted its emphasis to contemporary art and began a dynamic program aimed at introducing the expression of that era, noted for combining vanguard contemporaneity with a sense of simple purity.
In 2001 the Gallery facilities were relocated to the underground level of the Tokyo Ginza Shiseido Building. This space includes a five-meter ceiling that makes it the tallest exhibition hall in the Ginza district, a feature which has caught the attention of both Japanese and foreign artists for the expressive possibilities it opens up as an exhibition venue.