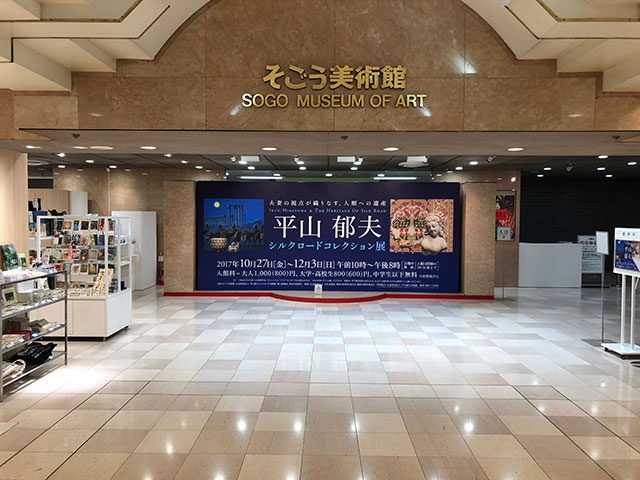 The Sogo Art Museum Foundation is located on the sixth floor of the Sogo Yokohama Department Store, which opened in September 1985 as a pioneering part of the Minato Mirai 21 Project, a new urban development plan for Yokohama. In order to serve as a base for daily life, culture, and information, the Sogo Yokohama Department Store was equipped with various cultural facilities.
Considering the current state of cultural facilities in Yokohama and Kanagawa, we decided to open a full-scale art museum, the first of its kind in a department store, in order to contribute to the local culture as well as to focus on the world culture. On September 20, 1985, the museum became the first museum in a department store in Japan to be registered under the Museum Law (registration number: Kanagawa No. 22) and opened its doors.
The museum's collection consists mainly of about 200 oil paintings and watercolors by Shintaro Suzuki and other artists, and exhibitions feature a wide range of domestic and international art forms, including Western-style paintings, Japanese paintings, crafts, sculpture, prints, calligraphy, and photography.
The content of the exhibition is planned to be highly evaluated by the expert level. In addition, through art lectures and other events, the museum strives to actively promote cultural awareness as one of the cultural centers close to the community.