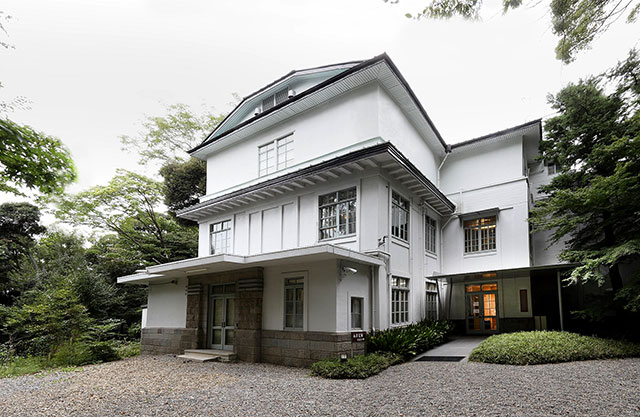 Eisei Bunko Museum is located in a verdant area of Mejirodai in Bunkyo-ku, where visitors can enjoy the traditional landscape of Musashino. The museum building stands on the property where the Hosokawa family lived from the Edo period to the end of World War Ⅱ.

The Hosokawa was one of the three elite warrior families whose head served as kanrei (deputy shogun) to the Muromachi Bakufu. The new line of the Hosokawa family was started during the warring states period by Hosokawa Fujitaka (Yusai). For distinguished war service, the Hosokawa family was given the fief of Higo (present Kumamoto prefecture) valued at 540,000 koku in the time of the third head, Tadatoshi, which made the family tozama daimyo (non-hereditary feudal lord) with unrivaled power and prosper until the end of the Edo period. 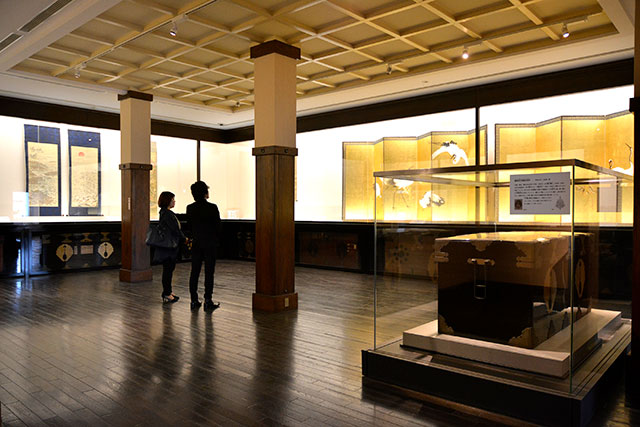 Eisei Bunko Museum houses and researches into the cultural properties handed down through the family for generations such as historical documents and artworks, and displays them in the exhibitions. It was established in 1950 by the 16th head, Moritatsu. He named the foundation “Eisei Bunko” taking the “Ei” part from Eigen-an temple, the family temple for eight generations after its founder, Hosokawa Yoriari, and the “Sei” part from Shoryuji castle, the resident of the first head, Fujitaka.

Eisei Bunko Museum was registered as museum under the Museum Law in 1973, a year after the Hosokawa Collection was first opened to the public in 1972. The current museum building was constructed in the early Showa period as kaseijo (administrative office) of the Hosokawa’s residence. The artworks in the museum’s collection were donated by Moritatsu and the 17th head, Morisada, and they are displayed in the exhibition regularly held at Eisei Bunko Museum. 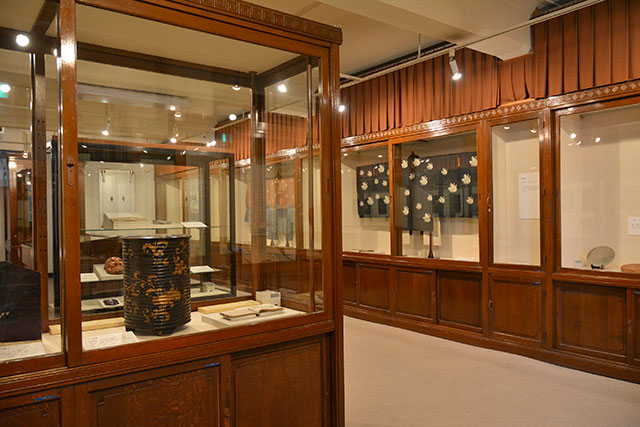