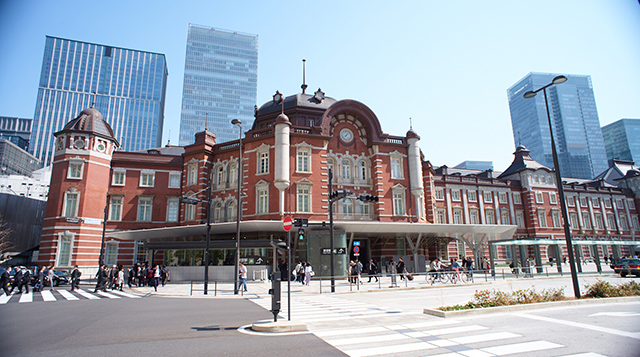 The Tokyo Station Gallery is an art museum that has been operating inside the Marunouchi Station Building of Tokyo Station since 1988. Since its opening, the gallery has been known for its brick-walled exhibition rooms, which expose the structure of the station, and for its unique exhibitions.
When the Marunouchi Station Building was built in 1914, it was a three-story steel-brick structure. After the war, the building was reconstructed into a two-story structure, but the third floor was restored as part of the station building preservation and restoration work conducted between 2007 and 2012.
The Tokyo Station Gallery, located in the dome at the north entrance of the station, has an entrance on the first floor and exhibition rooms on the second and third floors, exposing as much of the original structure of the station as possible on the first and second floors. The first and second floors of the museum expose as much of the original structure of the station as possible, so the structural bricks and steel frame are exposed.
In addition to the structural bricks, "decorative bricks" have been placed on the exterior walls of the station building.

Search within the site

All text and images on this site may not be reproduced without permission.
©2020- All rights reserved.