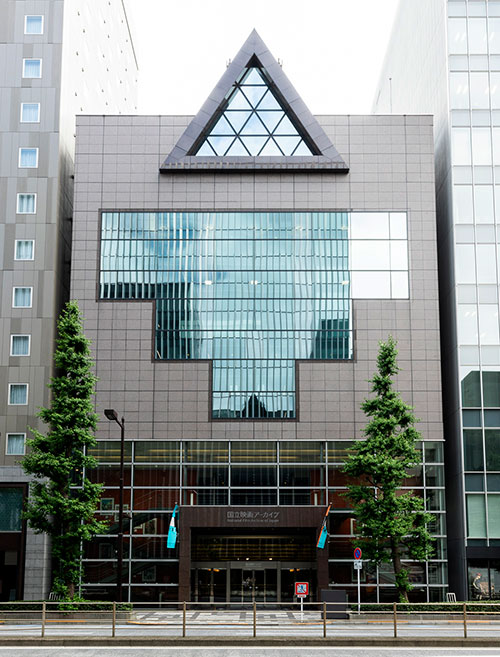 photo courtesy of the National Film Archive of Japan

Japan's only national film institution and the country's largest film archive, established in 2018, beginning with the film program of the National Museum of Modern Art, established in 1952, followed by the opening of the National Film Center of the National Museum of Modern Art, Tokyo, in 1970. As a base for preserving and passing on film and film culture to the future, the National Film Archive works to preserve, research, and present films and film culture to the public.
In the Nagase Memorial Hall OZU and the Small Hall, special screenings are held based on themes such as director, actor, country of production, genre and period. In the exhibition rooms, film-related materials such as posters, photographs, film equipment and belongings of the filmmakers are exhibited. The permanent exhibition introduces the history of Japanese film through the valuable materials in the collection, and the special exhibition introduces film culture from various angles. The library has a library of film books, domestic and international film festival catalogs and major film magazines.

Precautions may be taken to prevent the spread of corona infection.
Please contact the gallery for more information.
https://www.nfaj.go.jp/ge/topics/20200625/